In one weeks time I received my second ‘Nouvel Album” from France. You can say that’s very special, with so little cajun and zydeco bands left in France, the land were the culture has it’s roots.

You might say, the music is not the same as it used to be, some people tell me that. I say a standstill is deadly. New techniques, a new generation, a new world to wright about. The new generation that is important for the music not to pas away like it almost did in this beautiful country. I say let’s energise it and give it a new birth.

Chapeau for all the bands who do, …

… and follow their passion. Their performances on stage will give a flow of positive energie both ways, to the audience and the musicians them selves

A band that I learned to appreciate very much though their YouTube appearance is the Flyin’ Saucers Gumbo Special. I started to play them on the radio (2017) from the music I found on the internet, sometimes bad recordings but I needed to play them for the positive energy I heard on stage.

2018 I finally saw them perform live at the ZydecoZity festival in the Netherlands. A Dutchman, he is a rock fan told me; “I like this band very much”. So they know to please all kinds of music fans!

After the festival their album; “Swamp it up”, has been played many times on the radio and now there is a new album (2019) but it is new to me. (Thanks for sending guys)

My thought Nothing but … the best?

Let’s go, let’s start that “Zydeco Train” a traditional, easy don’t you think so? Not really if want to make it yours, a special flavour, arrangement, I jump aboard, were we going to, … ? Is there service aboard the train? Yes, « Mister Bartender » he’s on our ride to. I even know him, I mean the song, always nice someone known is traveling with you. A bear for me, what are you having?

This trip is full of surprises I see. Even a « Louisiana girl » is aboard, I wander would there be some space to dance? There’s a little Creedence Clearwater Survival sound in this song, but that’s no surprise ‘cause they have swamp roots.

Its seem it is getting a bit of a party, we’ll that is “Nothing but” … a party” the titel song of the album, well chosen so far. Were are we ging to next?

I good ride may take some time, forgot to take a look outside (Louisiana girl?) and were got to get some “Moonshine”, great song, nice dance rhythm.

The ride goes on, great fun “Keep on hoping” it will last some longer, lookin’ at the Louisiana girl. There’s some romance to the song, slow dancing, mmmh !!

There’s a sharp bend coming up, hope it’s not “Gonna roll”, like the excitement but I want to be more stable in life.

“How can I try” We’ll I think try’in is not good enough so you better “Do what you’re suppose to do”. When I started writing about the album, I did not have this script in mind, getting more exited while traveling, …

Nothing but, … but I get lost now. “Hey tout kelkun” Even Google translate let me down, you’ve got something to explain here guys. But the rhythm is great and that’s what matters at the dancefoor.

‘About time to go home, will she wil go home with me? Are you by my side, I’ve heard she’s an “Angel at home” oh what a right on that Zydeco Train, I’ve get a “High blood pressure” keep on dreaming or, will it be time for a “Sweet sin”, … tell you later.

But what I can tell you is, I enjoyed every bit of the album.

( I wander, was this collection made the way I think it was? ) 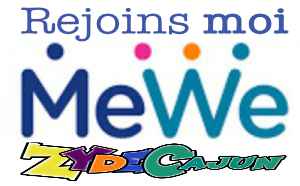